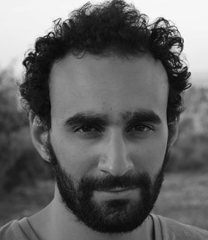 Mohamed Adam is a nonresident fellow with TIMEP and a Cairo-based journalist whose work has been published in The Economist, Mada Masr and Egypt Independent. Mr. Adam studied physics at Cairo University but became engaged in politics at the start of the Egyptian uprising in 2011. He was driven to document the events as they unfolded, and by 2012 he had fallen comfortably into a career of journalism. In 2013, Mr. Adam co-founded Mada Masr, an independent news website, with a group of fellow journalists. He spearheaded the website’s Arabic section, where he wrote, translated, and edited content. Mr. Adam also freelanced for international publications such as The New York Times and provided analysis and reports on current Egyptian affairs for the Washington-based Tahrir Institute for Middle East Policy, and worked as a local producer on an English documentary for Al Jazeera. In 2014, he joined the Egyptian Initiative for Personal Rights—a leading Egyptian NGO—as a media officer. Mr. Adam covered topics ranging from Islamist affairs and the health sector to workers’ and human rights. He also authored investigative pieces on police affairs in Egypt for Egypt Independent and Mada Masr. Mr. Adam was a TIMEP-Atlas Corps Bassem Sabry Democracy Fellow in 2015.